© Emiliano Gandolfi
Talking About!
International workshop in Rotterdam from 6 to 19 September 2009.

The first week will involve visits to a number of Dutch art institutions and initiatives, providing our guests with an overview of the Dutch cultural scene. Interspersed within these visits will be several moments of discussion, open to the public or to an invited audience. These events will be held at: Rijksakademie Amsterdam, Witte de With Centre for Contemporary Art Rotterdam, WORM Rotterdam, Stroom The Hague, Enough Room For Space Rotterdam, Attent Rotterdam, Het Wilde Weten and Foundation B.a.d. Rotterdam. (Details to follow shortly.)

For the second week, each guest will be introduced to a “host”, an institution or organization with whom they can work with a view to exchanging information and ideas. This placement is designed to give a framework to the visit and to facilitate possibilities for the dialogues that take place during Talking about! to continue after our guests have returned home. The hosts are the following initiatives/institutions: Het Wilde Weten Rotterdam, Foundation B.a.d. Rotterdam, FGA Magazine Rotterdam, iStrike Foundation Rotterdam, Witte de With Centre for Contemporary Art Rotterdam, Van Abbemuseum Eindhoven. 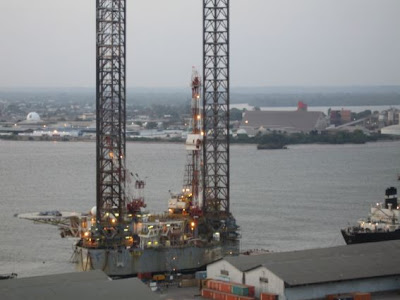 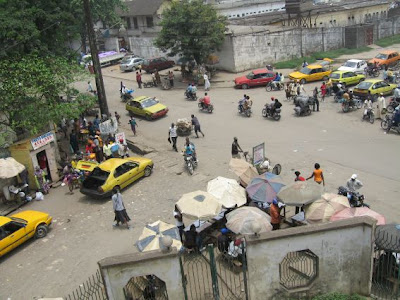 I AM PUBLIC: Art and Social Change in Douala, Cameroon

Douala is a booming city of more than 2 million inhabitants and is the most important harbor in central Africa. In a city where there is no art school, let alone a museum capable of representing an idea of art in an institutional way, artists have developed a strongly political vision of the role of art in society.Several artists are actively challenging existing definitions of art, while developing critical responses to the emergencies of everyday life. They organise themselves in collectives and are engaged in using art in community projects in order to install a process of awareness, emancipation, and empowerment. Through public art projects and community events, these artists and collectives are taking responsibility and actively working to enhance urban change. I AM PUBLIC, part of the exchange program Talking About!, is a roundtable discussion that will confront experiences, insights and narratives from Cameroon with a number of Rotterdam-based artists and critics, who will share their ideas on how cultural production can affect social change. Emiliano Gandolfi will moderate a dialogue between the Cameroonian guests - Achille Atina, Ruth Belinga, Achillekà Komguen, Goddy Leye, Lionel Manga and Hervé Youmbi - and practitioners engaged in the local scene. Thursday, 10 September at 8 pm. For more information contact Zoe Gray of Witte de With. 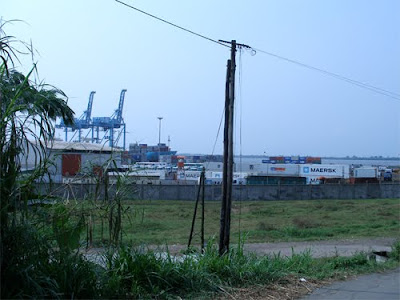 A peer critique session will take place in the studio of Enough Room for Space in which international artists and cultural producers will discuss their existing and upcoming projects on the transit between Africa/Cameroon and Europe. As part of the Talking About! program, this afternoon's hosts Marjolijn Dijkman (artist/ Rotterdam) and Annette Schemmel (curator/ Berlin) will stimulate a challenging roundtable, together with guests from Cameroon and Europe, where ideas will be scrutinized, confronted and shared. Saturday, 12 September at 2 pm. Invitation only! 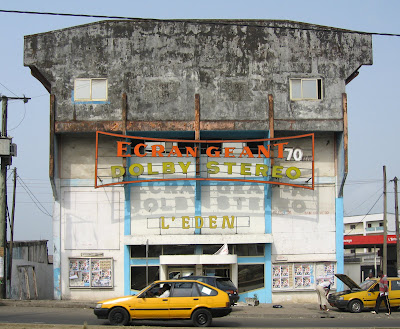 A night of films selected by "Talking About!" guests, at WORM (Rotterdam). Expect a broad range of films, both professional and amateur, from this multilingual country, where French and English intermingle with many tongues to tell West African stories with a global resonance. Wednesday, 16 September at 8:30 pm. For more information contact Worm. 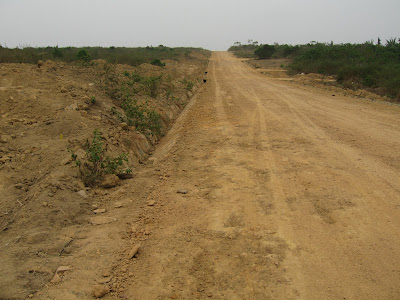 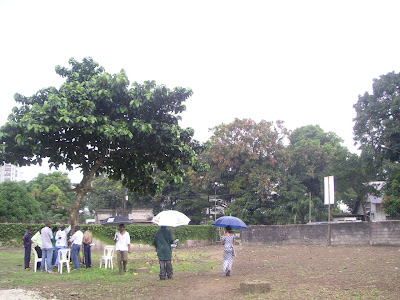 club Attent presents: Lions club international - district 5314 - the lions are in town, they are wild, they are wicked, they are ready to rock and roar!!!
DJ Nemawashi
Dj disco disco
+ surprise live gig

The stated purposes of Lions Clubs International are:

To Organize, charter and supervise service clubs to be known as Lions clubs.

To Coordinate the activities and standardize the administration of Lions clubs.

To Create and foster a spirit of understanding among the peoples of the world.

To Promote the principles of good government and good citizenship.

To Take an active interest in the civic, cultural, social and moral welfare of the community.

To Unite the clubs in the bonds of friendship, good fellowship and mutual understanding.

To Provide a forum for the open discussion of all matters of public interest; provided, however, that partisan politics and sectarian religion shall not be debated by club members.

Goddy Leye is a video artist and founder of artist-run-initiative Artbakery (Douala), which operates a network of artist residencies and aids young artists with their professional development. He studied at Pascal Kenfack studio and at the Rijksakademie van Beeldende Kunsten, Amsterdam. He participated in many solo and collective exhibitions in Douala and abroad, including Africa Remix. For the past decade, he has been busy exploring his memory by painting and drawing. In his practice he removes old signs and symbols from their initial settings and place them in a totally new environment, thus providing room for the expansion of meaning. He also curated Bessengue City and Exit Tour. Email: goddyleye@hotmail.com

Hervé Youmbi is a visual artist based in Douala. He is a member of Cercle Kapsiki, a collective created in 1998 by five artists (Blaise Bang, Salifou Lindou, Jules Wokam, Hervé Yamguen, Hervé Youmbi) with the specific aim of producing urban interventions and encouraging debate on the role of art in urban space. The collective deals with artistic practices that interact with the local population and the urban environment. Hervé Youmbi has also participated in the project Scénographies Urbaines in Douala. He trained at the Ecole Superiore des Arts Decoratifs in Strasbourg. He is currently involved in the project Jevais, training young people in visual arts in the neighbourhoods of Douala. Email:herveyoumbi@yahoo.fr

Lionel Manga is a writer and cultural critic based in Douala. He has an ongoing collaboration with the French artist Philippe Mouillon and the Laboratoire Sculpture Urbaine/local.contemporain. Together with Mouillon he recently realized the work Bend Skins, a collection of life stories of 500 motorbike-taxi-drivers on the occasion of SUD – Salon Urbain de Douala in December 2007. He recently published the book L'ivresse du papillon, SARL Edimontagne, France, 2008. He also works as a columnist for the newspaper Le Messager in Cameroon. Email: lionelmanga@yahoo.fr

Achillekà Komguem lives and works between Douala and Yaoundé. He graduated in visual arts at the University of Yaoundé I. His work is an intimate exploration of borders. In 2004, he was given a Unesco award for the promotion of culture and the arts. In the same year, he was also received an award from the magazine Express international for being one of the 25 people who helped Cameroon evolve. He has exhibited in Cameroon, Senegal, Mali, Benin, US, France, India, Canada, China, Switzerland. He is the director and founding editor of the bilingual English/French art magazine DiARTgonale. Email: diartgonale@yahoo.fr

Achille Edouard Atina Tah is an aspiring curator, interested in art in public space. He graduated in 2005 in Philosophy at the University of Rome and began in 2006 a Masters in Philosophy at the University of Douala. He has worked since 2005 as a tv/radio and press journalist at the Maison Catholique de la Communication Sociale – MACACOS in Douala. Email: achta25@yahoo.fr

Ruth Colette Afane Belinga is an art historian and artist (painter and video artist) working between Douala and Yaoundé. She graduated in arts and art history at the University of Yaoundé I and her research focus is Cameroonian contemporary art, including “Study on the image of women in post-colonial painting in Yaoundé: from an aesthetical, sociological and anthropological point of view” and “The evolution of 20th century painting in Cameroon”. She is currently assistant curator at Artbakery in Douala. She writes for the Cameroonian art magazine "DIARTgonale" and is part of its editorial board. She also writes for the Italian art magazine Africa e Mediterraneo. Email:

iStrike Foundation is an organization which aims at highlighting new dynamics of intercultural exchange and international cultural co-operation. To stress and overcome definitions of culture, identity, diversity and development, iStrike Foundation produces visual representations of territories, focuses on the environment and strengthens the idea of resources, avoiding activities based simply on “problem solving”. iStrike Foundation is based in Rotterdam, and operates on both a local and an international level. They will host Lionel Manga.

Het Wilde Weten is a vibrant meeting point in the Rotterdam art scene and a building that houses the studios of 20 artists. It is also a public platform for all forms of contemporary art, cultural exchange, discussion and debate about current issues and developments within the arts. The program is open to the public and consists of exhibitions, presentations, artist talks, discussions, events and festivals and is organized by its residents and invited artists and curators. Kim Bouvy is an artist and a member of Het Wilde Weten. Working primarily with text and photography, she is interested in the contemporary ‘Condition Urbaine’, exploring the way our often urban surroundings are perceived, valued and reflected in our visual culture, architecture and urbanism. Talking about! would therefore be the moment to see what could be beneficial to artists in the Rotterdam and in Douala. They will host Goddy Leye and Hervé Youmbi.

Duende is a self-organized and independent artist-cooperative housed in a building that provides 42 studios where independent artists carry out their work on a professional basis. As a cooperative, Duende is looking back on a 20-year history with a broad range of activities and manifestations. Duende understands itself as an initiative that wants to stimulate discussion and reflection about art, inside and out of our daily practice. Plurality and flexibility are prepositions for an active debate and exchange of ideas. Duende has the intention to function as a platform, providing space and opportunity for international influences to emerge in the local circuit via the actual practice. They will interact with Goddy Leye and Hervé Youmbi.

Fucking Good Art was first published December 2003 and is published in print and on the internet. An folded A3-A5 pink pamphlet appears on an irregular basis and is distributed for free. A paperback edition, FGA#10 – The Interviews was produced in the context of 'Project Rotterdam' by museum Boijmans van Beuningen, and FGA#12 – International edition / Berlin during a residency (published by episode-publishers, Rotterdam). Working with cultural practitioners from Douala would be an extension of the editors’ increasingly international outlook, giving them an insight into future possibilities for working in Douala, but also acting as a critical eye on the Talking about! project itself, and allowing all participants to think about how the conversations experienced during the week can be recorded, used and distributed. They will host Achillekà Komguen.

Witte de With, Center for Contemporary Art, has long been interested in the non-Western art world. However, rather than creating projects that pigeon-hole non-Western art into limited elements of the exhibition and education program, director Nicolaus Schafhausen prefers a more over-arching approach, which puts the emphasis on professional exchange concerning cultural practices, and thus a deeper understanding of the diverse contexts for diverse artistic practices. With this in mind, he has initiated a program of international fellowships that will see non-Western curators, critics, writers and educators join Witte de With’s team. Talking about! is a logical extension of such a network of professional exchanges. Curator Zoë Gray was part of the group attending the SUD - Salon Urbain de Douala in December 2007. They will host Achille Atina Tah.

The Van Abbemuseum is one of the leading museums for modern and contemporary art in Europe. Its recent major exhibition Be(com)ing Dutch is part of a large scale project that has been in progress for two years. During that time, the museum has focused on what have become sensitive issues for the Netherlands, such as identity, nationality, citizenship and social cohesion. Talking about! can be seen as typical of the Van Abbemuseum’s openness and willingness to look outside of the Netherlands in order to better understand its own role, context, position and possibilities. They will host Ruth Belinga.

Information about Douala and Cameroon